What is the most prominent memory of yours? Do you remember the first day of school? The first time you ate something spicy, the first time you saw snow? All of these amazing memories that we have somehow keep coming back to us by little things. If you get a particular smell it triggers a memory of it. Our senses are these important tools that help us hold onto these nostalgic moments in the way we do.

Living in Mumbai one of the most common memories that we all shared were of the rains, whether the good part of it or the bad. We have all had memories connected to it. We chose to showcase our most prominent memory of rain i.e, every time we see rain, its the one memory we all relate too. The two things that stood out for us in respective to the good and bad were Dancing of the peacocks and the using of vipers. What we realised is both the opening of the peacock feathers and the motion of vipers are very similar. We tried to incorporate both of them and realised it represented a hand fan, added bonus we suppose. In order to merge both of it, we used vipers to create the skeleton of the fan, and tie-dyed white fabric in shades of blue, green, yellow to represent the peacock . Since we dint want it to be very literal, we decided to tie-dye the fabric.We also sketched out our most prominent memories in between the structure. Those include, bike riding, drive to manali in the middle of the night, eating butta (corn) in lonavala, maggi and tea, and marine drive. We also incorporated the smell of sandalwood to remind us of the first rains and added Raag Malhar also known as the Rain Raga (it is said that by playing the Raag Malhar, one is inviting the rains) to the fan in order to recreate sound. 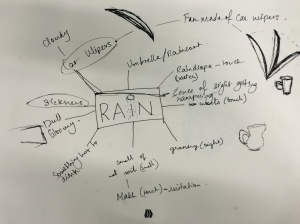 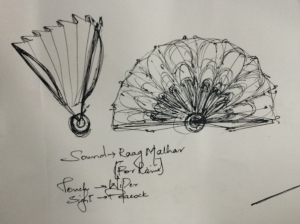 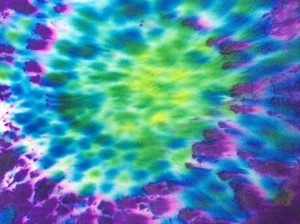 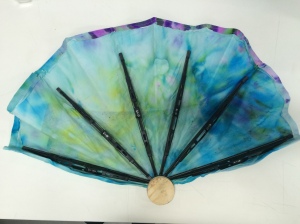 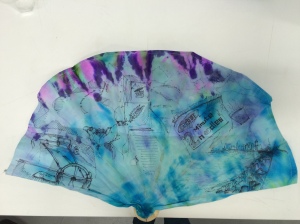 The video ID complex explores the concept of the rat race in the commercial world. It shows how a person dedicates his entire life running around to get his work done, ignoring his personal life and any other things that come in the way and how when the person finally just gets exhausted with that kind of running around and he falters, someone else comes from the back, pushes him over and takes his position.

We’ve also uploaded the updated version of the poster for this video. 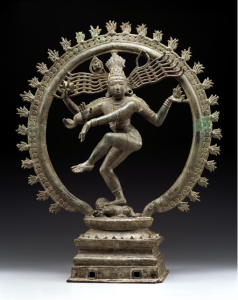 The cholas came to power in the later 9th century and ruled most of South India,  Sri Lanka, the Maldive Islands, and even parts of Indonesian Island of Java from homeland near Thanjavur (Tanjore) on the Southeast coast till the 13th century. Chola rulers were active patrons , and during their reign ,poetry, drama, music and dance flourished. They also constructed enormous stone temple complexes decorated on the inside and outside with beautiful depictions of Hindu gods.

While the stone sculptures and the inner sanctum image empowering the temple remained immovable, changing religious concepts during the 10th century demanded that the deities take part in a variety of public roles similar to those of a human monarch. As a result, large bronze images were created to be carried outside the temple to participate in daily rituals, processions, and temple festivals. The round lugs and holes found on the bases of many of these sculptures are for th poles that were used to carry the heavy images. These statues are admired for the sensous depiction of the figure and the detailed treatment of their clothing and jewellery.

Chola period bronzes were created using the lost wax technique. Although bronze casting was a tradition for a long time in the South, but during the Chola period a much larger and a greater number of bronze statues were made further attesting to the importance of bronze sculptures during this period.

When these statues were worshiped, they’d be covered in silk cloths,garlands and jewels and wouldn’t appear as they do outside a religious context. Decorating the statues in these ways a tradition at least a thousand years old.

The god usually resides within a stone icon installed in the inner sanctuary of the temple. But in order to make himself accessible to everyone, he is brought outside the temple walls for processions. Special sculptures are created solely for use in processions, usually made of bronze. The god leaves the inner sanctuary and inhabits the bronze sculpture after intensive ritual purification.

The Bronze Hindu sculpture of thee Shiva Nataraja was one of these sacred sculptures made for processions. During the procession. Poles were inserted into the holes on the base of the statue so that the temple attendants could easily carry it through town. 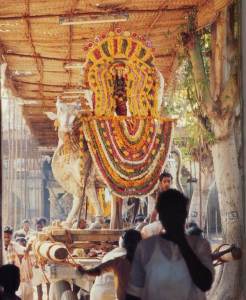 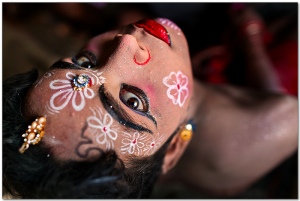 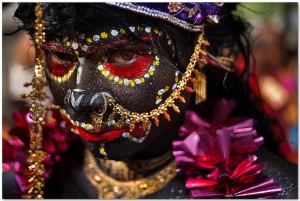 Gajon festival, held in West Bengal, India on the last day of Bengali year on the occasion of worship of Lord Shivas wedding with Parvati, also known as Neelavati, which is celebrated all over Bengal under various monikers. It is Gaajon in South Bengal, Gambhira in North Bengal and East Bengal (presently Bangladesh), Gamira in further North and simply Neel in East Bengal. The customs and rituals vary according to different ritualistic practices. Despite the presence of a Brahman priest or a Qazi, weddings essentially have less to do with rituals and are more adorned with a string of traditional customs not literally connected to religion, but from the beginning of time a sense of magic, sorcery and spirituality.

Lord Shiva is believed to be born in the month of Shraabon and his wedding is celebrated during the last three days of the month Chaitra. Now being a celebration of wedding, the groom comes from his village, with his kin and other relatives of the village. The term Gaajon, rooted deeply in the notions of a folk fest, actually reflects on this idea. (‘Gaa’ is the colloquial Bengali term for village while ‘Jon’ is a reference to general populace) Gaajon thus becomes a carnival of the groom party laced with mirth, shrieks and screams.

Gajon has usually been a carnival for the lower class and lower caste, there have been instances in kolkotta in the 19th century where the rich babus would also participate. The 19th century also witnessed processions of clowns and jesters to celebrate gajon. As its been a festival/carnival for the lower class, the educated ones attempted to give it a seal of distant approval by terming it ‘folk culture’ as a larger canon of a folk festival

What happens in it?

These are Sadhus or Sanyasis, in the occasion of worship to Lord Shiva dancing around with different parts of human dead bodies. This practice has been going on for hundreds of years and it’s a tradition still practiced bt in the interiors of West Bengal. This is a very ugly and unscientific practice and the administration or police does not bother stopping it.

Its also funny and astonishing as to where do these sanyasis get these dead bodies or human parts from?

Whether it’s the Bengali Gaajon, Gambhira or Neel; they are primal and violent. But they are charged with a sense of spontaneous humanity. Can we till date connect ourselves with that humanity which is primitive and kinetic? 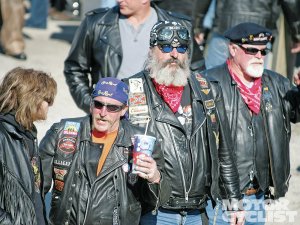 This image shows a few bike riders out in broad daylight! There’s an amazing shine on their leather jackets and all of them are wearing one! It’s an amazing candid shot! The funny thing about the image here is the guy holding a glass with a straw which is probably a cold drink whereas you would usually relate a beer or something to them!

All the colours in the image perfectly stand up like the red of the bandana to the blue of the denims, and obviously the prominent black. It’s amazing how these four guys in are the focus of the picture and the rest, backgrounds all blurred out and you can still get a gist of what’s happening there. The words from on the jacket are also quiet visible, and most of them speak about the cult they belong too, and the common one is Harley-Davidson!  This also reminds of “Three wise Men”.

Also all the guys are looking away in different directions but walking together, so connect this to the fact that they might come from different places with different mind sets, but have one thing common is the love for Riding! 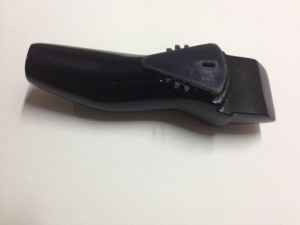 This Image shows my trimmer, behind the absolute white background. The Black and White contrast clearly stands out. The picture is a solid one, nothing distracting your eye from the object. You can see the reflection of the white surface on the object showing the perfect gloss paint job done on it. This Picture generates a very formal look at the product, concentrating on the object. According to me, any other background colour/base would take a lot away from the product and the picture. The image also tells us the direction/source of light, also giving crisp shadows throughout. The different shades are prominently visible because of the light and white base, it helps define the product in the image. It also shows the image in proper perspective, covering all possible views for the image to be defined. The product is also placed properly in the centre of the image , leaving space for light.